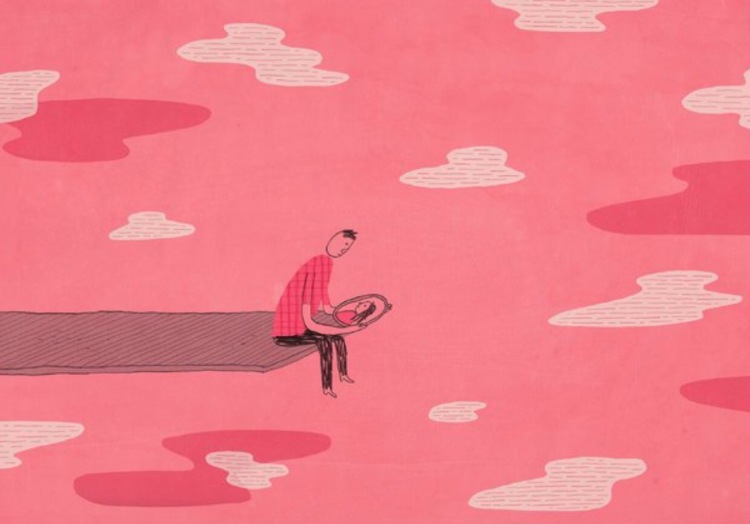 I have been trying to write this for a while, but the morphine and lack of juicy cheeseburgers (what has it been now, five weeks without real food?) have drained my energy and interfered with whatever prose prowess remains. Additionally, the intermittent micronaps that keep whisking me away midsentence are clearly not propelling my work forward as quickly as I would like. But they are, admittedly, a bit of trippy fun. Still, I have to stick with it, because I’m facing a deadline, in this case, a pressing one. I need to say this (and say it right) while I have a) your attention, and b) a pulse.
I have been married to the most extraordinary man for 26 years. I was planning on at least another 26 together. Want to hear a sick joke? A husband and wife walk into the emergency room in the late evening on Sept. 5, 2015. A few hours and tests later, the doctor clarifies that the unusual pain the wife is feeling on her right side isn’t the no-biggie appendicitis they suspected but rather ovarian cancer.

As the couple head home in the early morning of Sept. 6, somehow through the foggy shock of it all, they make the connection that today, the day they learned what had been festering, is also the day they would have officially kicked off their empty-nestering. The youngest of their three children had just left for college. So many plans instantly went poof. No trip with my husband and parents to South Africa. No reason, now, to apply for the Harvard Loeb Fellowship. No dream tour of Asia with my mother. No writers’ residencies at those wonderful schools in India, Vancouver, Jakarta. No wonder the word cancer and cancel look so similar. This is when we entered what I came to think of as Plan “Be,” existing only in the present. As for the future, allow me to introduce you to the gentleman of this article, Jason Brian Rosenthal. He is an easy man to fall in love with. I did it in one day.

Let me explain: My father’s best friend since summer camp, “Uncle” John, had known Jason and me separately our whole lives, but Jason and I had never met. I went to college out east and took my first job in California. When I moved back home to Chicago, John — who thought Jason and I were perfect for each other — set us up on a blind date. It was 1989. We were only 24. I had precisely zero expectations about this going anywhere. But when he knocked on the door of my little frame house, I thought, “Uh-oh, there is something highly likable about this person.” By the end of dinner, I knew I wanted to marry him. Jason? He knew a year later. I have never been on Tinder, Bumble or eHarmony, but I’m going to create a general profile for Jason right here, based on my experience of coexisting in the same house with him for, like, 9,490 days.

First, the basics: He is 5-foot-10, 160 pounds, with salt-and-pepper hair and hazel eyes. The following list of attributes is in no particular order because everything feels important to me in some way. He is a sharp dresser. Our young adult sons, Justin and Miles, often borrow his clothes. Those who know him — or just happen to glance down at the gap between his dress slacks and dress shoes — know that he has a flair for fabulous socks. He is fit and enjoys keeping in shape. If our home could speak, it would add that Jason is uncannily handy. On the subject of food — man, can he cook. After a long day, there is no sweeter joy than seeing him walk in the door, plop a grocery bag down on the counter, and woo me with olives and some yummy cheese he has procured before he gets to work on the evening’s meal. Jason loves listening to live music; it’s our favorite thing to do together. I should also add that our 19-year-old daughter, Paris, would rather go to a concert with him than anyone else. When I was working on my first memoir, I kept circling sections my editor wanted me to expand upon. She would say, “I’d like to see more of this character.” Of course, I would agree — he was indeed a captivating character. But it was funny because she could have just said: “Jason. Let’s add more about Jason.”

He is an absolutely wonderful father. Ask anyone. See that guy on the corner? Go ahead and ask him; he’ll tell you. Jason is compassionate — and he can flip a pancake. Jason paints. I love his artwork. I would call him an artist except for the law degree that keeps him at his downtown office most days from 9 to 5. Or at least it did before I got sick. If you’re looking for a dreamy, let’s-go-for-it travel companion, Jason is your man. He also has an affinity for tiny things: taster spoons, little jars, a mini-sculpture of a couple sitting on a bench, which he presented to me as a reminder of how our family began. Here is the kind of man Jason is: He showed up at our first pregnancy ultrasound with flowers. This is a man who, because he is always up early, surprises me every Sunday morning by making some kind of oddball smiley face out of items near the coffeepot: a spoon, a mug, a banana.

This is a man who emerges from the minimart or gas station and says, “Give me your palm.” And, voilà, a colorful gumball appears. (He knows I love all the flavors but white.) My guess is you know enough about him now. So let’s swipe right. Wait. Did I mention that he is incredibly handsome? I’m going to miss looking at that face of his. If he sounds like a prince and our relationship seems like a fairy tale, it’s not too far off, except for all of the regular stuff that comes from two and a half decades of playing house together. And the part about me getting cancer. Blech. In my most recent memoir (written entirely before my diagnosis), I invited readers to send in suggestions for matching tattoos, the idea being that author and reader would be bonded by ink. I was totally serious about this and encouraged submitters to be serious as well. Hundreds poured in. A few weeks after publication in August, I heard from a 62-year-old librarian in Milwaukee named Paulette. She suggested the word “more.” This was based on an essay in the book where I mention that “more” was my first spoken word (true). And now it may very well be my last (time shall tell). In September, Paulette drove down to meet me at a Chicago tattoo parlor. She got hers (her very first) on her left wrist. I got mine on the underside of my left forearm, in my daughter’s handwriting. This was my second tattoo; the first is a small, lowercase “j” that has been on my ankle for 25 years. You can probably guess what it stands for. Jason has one too, but with more letters: “AKR.”

I want more time with Jason. I want more time with my children. I want more time sipping martinis at the Green Mill Jazz Club on Thursday nights. But that is not going to happen. I probably have only a few days left being a person on this planet. So why I am doing this? I am wrapping this up on Valentine’s Day, and the most genuine, non-vase-oriented gift I can hope for is that the right person reads this, finds Jason, and another love story begins. I’ll leave this intentional empty space below as a way of giving you two the fresh start you deserve.

With all my love, Amy