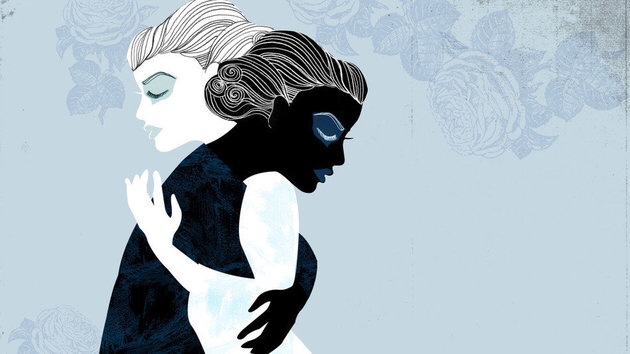 A good friend of mine lost her dad some years back. I found her sitting alone on a bench outside our workplace, not moving, just staring at the horizon. She was absolutely distraught and I didn’t know what to say to her. It’s so easy to say the wrong thing to someone who is grieving and vulnerable. So, I started talking about how I grew up without a father. I told her that my dad had drowned in a submarine when I was only 9 months old and I’d always mourned his loss, even though I’d never known him. I just wanted her to realize that she wasn’t alone, that I’d been through something similar and could understand how she felt.

But after I related this story, my friend looked at me and snapped, “Okay, Celeste, you win. You never had a dad, and I at least got to spend 30 years with mine. You had it worse. I guess I shouldn’t be so upset that my dad just died.”

I was stunned and mortified. My immediate reaction was to plead my case. “No, no, no,” I said, “that’s not what I’m saying at all. I just meant that I know how you feel.” And she answered, “No, Celeste, you don’t. You have no idea how I feel.”

She walked away and I stood there helplessly, watching her go and feeling like a jerk. I had totally failed my friend. I had wanted to comfort her, and instead, I’d made her feel worse. At that point, I still felt she misunderstood me. I thought she was in a fragile state and had lashed out at me unfairly when I was only trying to help.

But the truth is, she didn’t misunderstand me at all. She understood what was happening perhaps better than I did. When she began to share her raw emotions, I felt uncomfortable. I didn’t know what to say, so I defaulted to a subject with which I was comfortable: myself.

I may have been trying to empathize, at least on a conscious level, but what I really did was draw focus away from her anguish and turn the attention to me. She wanted to talk to me about her father, to tell me about the kind of man he was, so I could fully appreciate the magnitude of her loss. Instead, I asked her to stop for a moment and listen to my story about my dad’s tragic death.

From that day forward, I started to notice how often I responded to stories of loss and struggle with stories of my own experiences. My son would tell me about clashing with a kid in Boy Scouts, and I would talk about a girl I fell out with in college. When a co-worker got laid off, I told her about how much I struggled to find a job after I had been laid off years earlier. But when I began to pay a little more attention to how people responded to my attempts to empathize, I realized the effect of sharing my experiences was never as I intended. What all of these people needed was for me to hear them and acknowledge what they were going through. Instead, I forced them to listen to me and acknowledge me.

Sociologist Charles Derber describes this tendency to insert oneself into a conversation as “conversational narcissism.” It’s the desire to take over a conversation, to do most of the talking and to turn the focus of the exchange to yourself. It is often subtle and unconscious. Derber writes that conversational narcissism “is the key manifestation of the dominant attention-getting psychology in America. It occurs in informal conversations among friends, family and co-workers. The profusion of popular literature about listening and the etiquette of managing those who talk constantly about themselves suggests its pervasiveness in everyday life.” Derber describes two kinds of responses in conversations: a shift response and a support response. The first shifts attention back to yourself, and the second supports the other person’s comment. Here is a simple illustration:

Support Response
Mary: I’m so busy right now.
Tim: Why? What do you have to get done?

Shift Response
Karen: I need new shoes.
Mark: Me too. These things are falling apart.

Support Response
Karen: I need new shoes.
Mark: Oh yeah? What kind are you thinking about?

Shift responses are a hallmark of conversational narcissism. They help you turn the focus constantly back to yourself. But a support response encourages the other person to continue their story. These days, I try to be more aware of my instinct to share stories and talk about myself. I try to ask questions that encourage the other person to continue. I’ve also made a conscious effort to listen more and talk less.

Recently, I had a long conversation with a friend of mine who was going through a divorce. We spent almost 40 minutes on the phone, and I barely said a word. At the end of our call, she said, “Thank you for your advice. You’ve really helped me work some things out.” The truth is, I hadn’t actually offered any advice; most of what I said was a version of “That sounds tough. I’m sorry this is happening to you.” She didn’t need advice or stories from me. She just needed to be heard. The author of We Need to Talk reveals how she learned to help — and not help — a friend with loss. This excerpt was taken from We Need to Talk: How to Have Conversations That Matter, by Celeste Headlee. Headlee is the host of the daily news show On Second Thought on Georgia Public Radio. Photo: Simone Golob/Getty Images. Via Huffpost Celeste HeadleeOprah.com

6 ways to use Copaiba essential oil

Open a bottle of Copaiba essential oil and let the scent of the Amazon rainforest out. Steam distilled and resin tapped from the Brazilian Copaifera reticulata tree, Copaiba essential oil features a warm, woodsy scent and includes the naturally occurring constituent beta-caryophyllene, making it a popular addition to many spa and skin treatments. With a comforting, earthy aroma and a myriad of uses, Copaiba is the perfect daily indulgence to feel transported to a lush South American landscape. Read on for our favorite ways to use Copaiba oil.

Does your skin need a pick-me-up? Copaiba essential oil reduces the appearance of blemishes and promotes the appearance of a youthful, radiant glow. Add a few drops to a neutral or lightly scented moisturizer for a spa-like experience every evening before bed.

Copaiba oil has a uniquely sweet aromatic profile, which won’t overpower soft florals or subtle hints of citrus. Use it in customized perfumes in place of other woodsy oils like Cedarwood or Royal Hawaiian Sandalwoodfor a more delicate summer fragrance that won’t be overpowering in warmer temperatures.

With a scent straight out of the Amazon, Copaiba puts the experience of a rainforest hideout just a few drops away. Put on some nature sounds and fill a room with this exotic aroma:

After a hard workout, strenuous hike, or overall stressful day, share a Copaiba massage with a loved one. Dilute Copaiba with V-6™ Vegetable Oil Complex or a carrier oil of your choice and massage on fatigued areas after activity for a comforting cooldown.

Copaiba has a soothing, complex flavor with a hint of balsamic. Its high beta-caryophyllene content makes it a popular dietary supplement. Young Living’s Copaiba Vitality™ is labeled for internal use and makes a great addition to herbal teas such as chamomile or rooibos. It can also be added to a capsuleand taken internally.

Imagine yourself at a spa in the Brazilian rainforest. If you can’t get away, bring the spa to you with a luxurious foot soak. This spa-inspired Tropical Resort Foot Soak recipe will whisk you away and soothe muscles at the end of a long day.

What is your favorite way to use Copaiba essential oil? If this Copaiba Essential oil is for you, I’m accepting request to order it.

Let us know in the comments below! 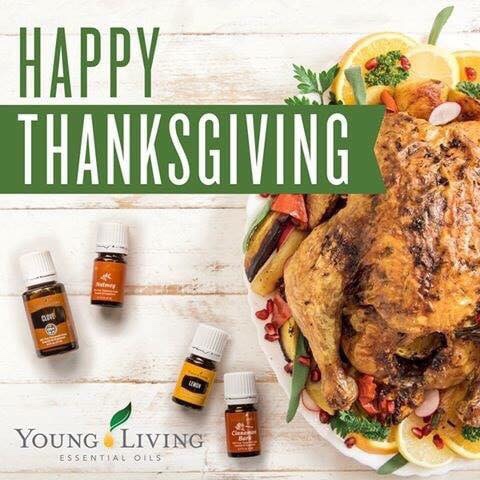 From our family to yours 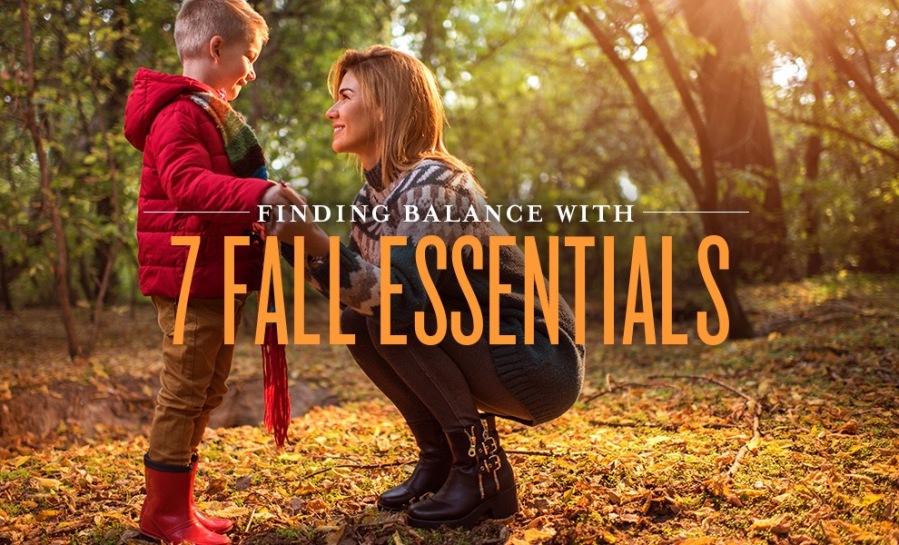 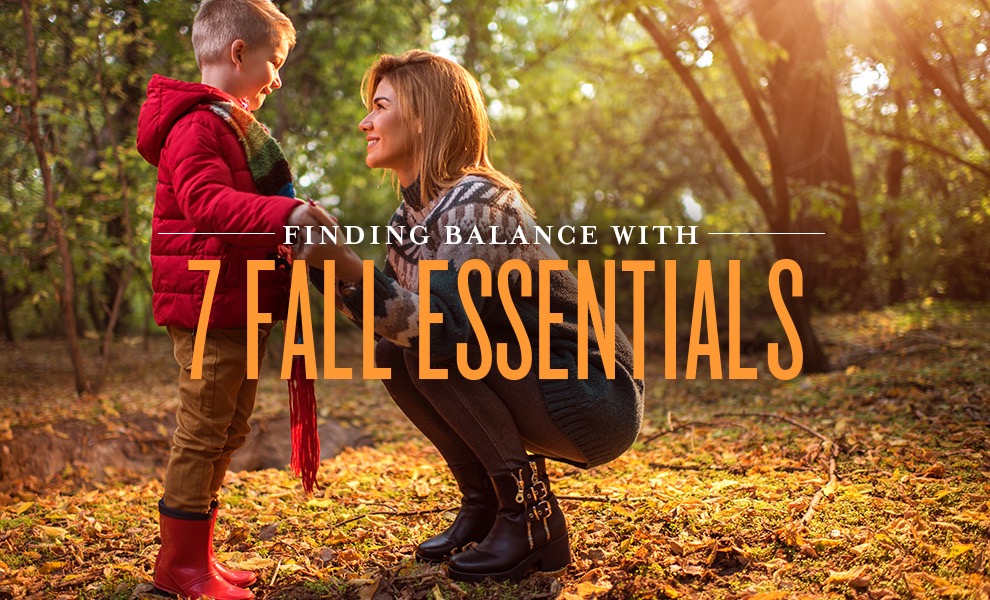 Our favourite season is in full swing and our calendars are packed with fun festivities to connect with loved ones and enjoy the vibrancy of the season. Whether it’s apple picking, baking pies, sitting by the fire, carving pumpkins or strolling outdoors, fall summons an array of warm scents that inspire reflection, connection and gratitude.

Autumn is in the air! Regardless of what you’ve got planned for yourself or loved ones, we’ve gathered seven fall essentials that are perfect to help you find balance in mind, body and spirit! By Young Living Canada.

What are your favourite oils to reach for in the fall? Share with us in the comments below!