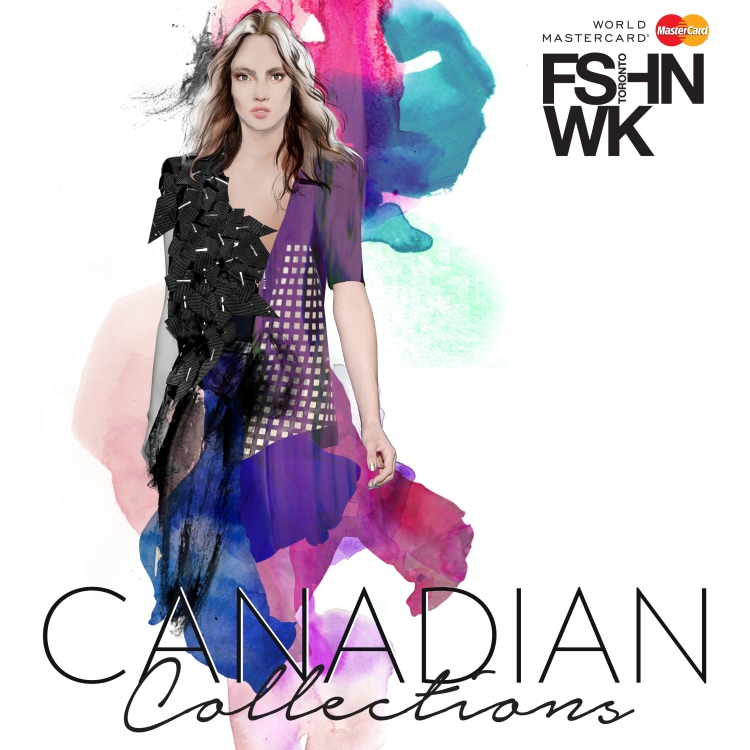 As the nation’s leading fashion event, World MasterCard Fashion Week focuses on propelling Canadian designers to the forefront of the global fashion arena. Established and emerging designers take the stage in front of an audience made up of international media and industry professionals to debut their newest collections. Serving as an anchor, this twice annual event provides a physical platform to a year-round road map. Beyond the shows, World MasterCard Fashion Week is the nexus of style, culture, entertainment and beyond in Toronto. Capturing the international sensibility of the city (and its residents) as well as curating a calendar of social activities where runway meets retail and influencers can celebrate the diversity of this happening metropolis. Here’s some of the designers at this season’s shows: *Award-winning Canadian designer Dan Liu, draws his inspirations for TATSUAKI designs from his Chinese and Japanese heritage.*JAAN CHOXI is a Toronto-based luxury menswear label launching at World MasterCard Fashion Week in March 2015.*Designed by Stacey Bafi Yeboa, KANIA is a luxury sweatshirt line created to truly embrace the needs of today’s woman—fashionable, feminine, comfortable and fun. Lolë, activewear – presented by NeoStrata Headed by renowned Design Director Andy Thê-Anh, Lolë activewear is inspired by well-being, and is created to support the daily quest for a healthy balance between city living and love of nature. *Paulina Wonders is a Polish-born fashion designer based in Montreal.  *Founded in Toronto in 1995, a year after graduating Ryerson University, designer David Dixon launched his namesake brand that remains true to his vision of women’s contemporary evening wear or event dressing. *Canadian designer Farley Chatto works locally rocks globally with superbly detailed, eye-popping fashion. Hayley Elsaesser is a Canadian based contemporary fashion label designed for the luxury streetwear market. *Toronto-based brand HELDER DIEGO, formerly known as BLAK.I, was created by designers Helder Aguiar and Diego Fuchs as a lifestyle brand that fully encapsulates the wardrobe of the cutting edge contemporary woman.  *Hilary MacMillan is a Toronto-based womenswear designer. Her self-titled brand was founded in early 2012 with a focus on creating wearable designs for the urban modern woman. *Since opening Klaxon Howl in 2005, Toronto-based owner and designer Matt Robinson has drawn inspiration from the archives of his legendary collection of vintage militaria, workwear and sportswear of the early to mid 20th century, with important pieces, books and films from this time period echoed in each design. See the list of designers here: current-designers/

World MasterCard Fashion Week will be held at David Pecaut Square. Pecaut Square was built as part of Toronto’s Postmodern Metro Hall project, meant to house the government of the Municipality of Metropolitan Toronto, which existed from 1954 to 1998. The agreement to build Metro Hall was signed in 1988, and the project was completed in 1992. It was formerly known as Metro Square but was renamed in April 2011 by a unanimous Toronto City Council vote to honour the late civic leader David Pecaut Pecaut Square also has a lawn and trees along its outer edges. The public space allows for unique views of Metro Hall, Roy Thomson Hall and the Royal Alexandra Theatre. It is frequently used for free concerts, film screenings, and other events. You can get there by  public transportation: subway to St. Andrew, then walk through “PATH” to Metro Hall or walk above ground 2 blocks west. There is parking in the Metro Centre parking lot off Wellington Street. See map for location. For more information please call 416-408-3913 or visit www.impark.com For more on fashion week, take a look here: World MasterCard Fashion Week

Will you be attending Fashion Week ? Let us know in a comments.